Skip to content
*This post may contain affiliate links, which means I may earn a small commission at no extra cost to you. Please read our disclosure policy for more info.
956shares 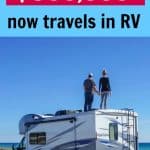 Lindsay and Dan McKenzie of FollowYourDetour.com have always had a travel bug. For the past ten years, they’ve been traveling as often as possible, visiting ten different countries together, and even living in Costa Rica for a spell after getting married.

But eventually, they started to feel pressure to settle down.

“We landed great careers and started down the path of buying our first home and building a family. After receiving the unfortunate and heart-breaking news that we cannot biologically have children together, we felt that we had come to a dead end,” Lindsay said. “But after a lot of reflection, prayer, and grief, our entire perspective changed. We began to look at our situation as a ‘detour’ instead of a dead end and knew we needed to follow it. We felt something in our hearts telling us to make a big change.”

But before they did anything drastic, they knew they needed to pay off a whopping amount of debt.

How they paid off $300,000 in debt to achieve financial freedom

Lindsay and Dan had debt from a large suburban 3-bedroom home, plus credit card debt from furnishing that home, two cars, and student loan debt from earning both bachelor’s and master’s degrees. The debt totaled $300,000, and the couple didn’t know where to begin.

“Our first step was to not take on any more debt,” Lindsay said. “We cut up our credit cards and agreed to avoid debt as much as possible moving forward. Then, we decided to sell our home and rent instead. This not only eliminated a large portion of our debt, but we also made a good profit on it that we put towards the remaining $100,000 of debt.”

They then worked to aggressively to pay off credit cards and attain financial freedom. They eliminated expenses and decreased spending to free up money for those monthly payments.

“We quickly realized that the more debt we were paying off, the more money we were freeing up to put towards the remaining debt, like our car payment and student loans,” she said.

They both got raises at their jobs and a small inheritance from Dan’s grandmother’s passing. In the past, they would have been tempted to use that money for a vacation, or a fixer-upper home, or a shopping spree. But this time, they knew they wanted to pay off debt.

“After three years of very diligently budgeting together as a team, we did it! The feeling is so hard to describe. It was a weird feeling to put a large amount of money towards something you couldn’t physically touch or experience,” Lindsay said.  “But at the same time, it has been absolutely freeing. We finally feel as though our hard earned money is OURS and going towards our future instead of our past. It’s opened up a whole new world for us and money is no longer a barrier to us living a life we love and chasing our dreams.

Their transition to traveling fulltime in an RV

Lindsay and Dan started out their life change by first moving to Raleigh, North Carolina, where they spent weekends exploring nearby towns. The travel bug was back, and the couple caught a glimpse of what it might be like living on the road full-time.

“Every couple weeks we’d find ourselves on road trips to other nearby cities. We were so genuinely happy on these short weekend trips and would find ourselves not wanting to return back home each time,” she said.

So, they decided to pull the trigger and move into an RV.

“We’ve now been RVing for almost a year and haven’t looked back,” said Lindsay. “RVing has allowed us to pursue our passions and explore an alternative lifestyle that is more rewarding and fulfilling for us. We get to do more of what we love and focus on what really matters to us. It’s eliminated the pressure to have set plans and decisions for our future and allowed us to just relax and enjoy living in the moment.”

Why financial independence is crucial for fulltime travel

Full-time traveling can truly be as expensive or inexpensive as you make it. Whether you choose to RV, house sit, stay at Airbnbs, or couch surf, there’s something for every budget. However, monthly expenses can fluctuate and be unpredictable with the full-time travel lifestyle.

“With the RV, we could spend anywhere from $0-$1,000 per month on parking, gas, activities, etc. Most of my income, being freelance work, is also unpredictable. So having a good system for budgeting and being in control of our money and spending is crucial,” said Lindsay.

Plus, being financially independent allows them to choose how they live and where they go every month.

“If we have big savings goals, we can reach them quicker by slowing down our travel, finding free places to park and doing free outdoor activities. Or, on the flip side, if we arrive in a bucket list destination, and want to really live it up, we can splurge and make up for it the following month. We have much more flexibility and control. If we still had our debt, this wouldn’t be the case,” said Lindsay.

Why these RV travelers are now obsessed with their budget planner

Lindsay and Dan say budgeting has truly changed their lives. Before they started keeping a budget, the couple had no idea where their money was going every month.

“Dan had full control of our finances,” Lindsay said. “He paid all the bills, would occasionally slip some money in savings, and every so often he would inform me that we were spending too much in certain areas and needed to cut back. When he would pay the bills, we would basically just hope we had enough money in our account to cover it.”

This approach to finances could sometimes lead to arguments, and feelings of guilt on behalf of both.

“We would get defensive if the other person questioned our spending habits, and every month would end with frustration because we had no clue where our money was going. We weren’t saving a dime and our debt was gradually increasing,” said Lindsay.

They read a bunch of books and took Dave Ramsey’s Financial Peace University course, which helped them realize the importance approaching finances as a team. They began meeting monthly to review their debt, discuss spending, set goals, and have conversations about money.

“Fast forward to today and we meet almost weekly now about our finances. We no longer argue about money, we have a shared vision for our financial future, and we, together, are in complete control of where our money goes each month,” said Lindsay. “We no longer have to ask ourselves if we can afford something because we are so aware of every dime we earn, we no longer stress about emergencies because we have a safety net, and we feel free to take risks in our professional endeavors.”

The couple said budgeting improved their marriage and overall well-being. In fact, they don’t even call it budgeting anymore, but “dream funding.”

They now want to help others achieve financial freedom 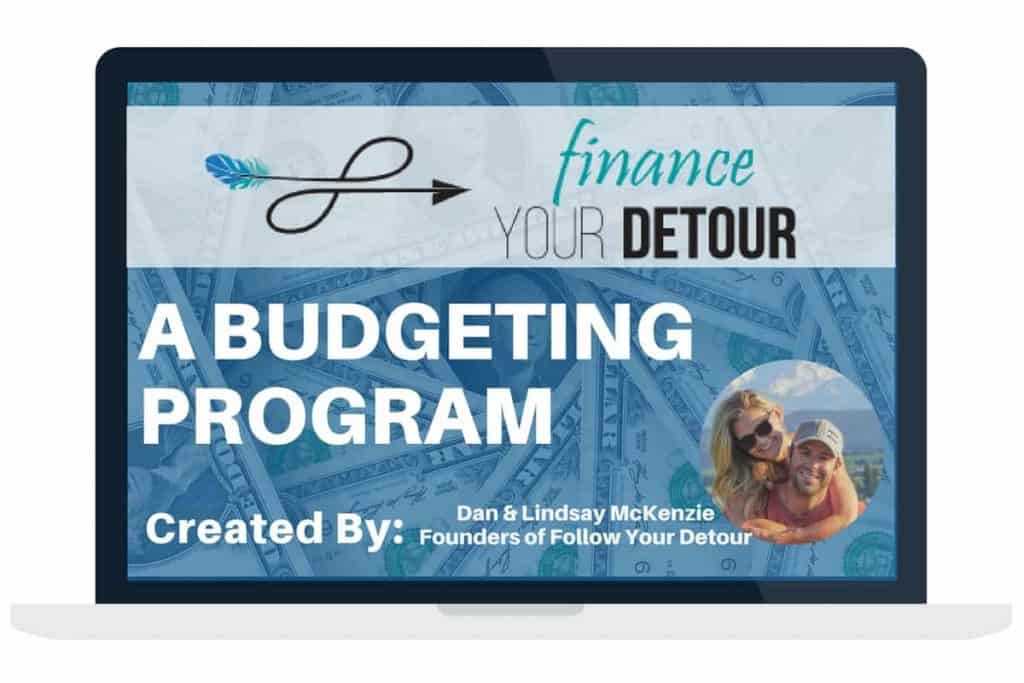 The couple are enjoying their RV lifestyle and financial independence so much, that they wanted to help others achieve the same goal.

So, they started a program called, “Finance Your Detour,” which is a budgeting tool that shows people the exact process they used to pay off debt.

“We created ‘Finance Your Detour’ after receiving a countless amount of messages from our readers and followers that all asked the same question…”How do you afford to travel full-time?”. We struggled to answer the question because it seemed so simple to us. We aren’t rich, we just budget, make travel a priority, and live minimally,” said Lindsay.

But, they remembered back to the time before they had a budget planner and paid off debt, and how often they would assume they couldn’t afford full-time travel. They used to envy people who lived such a free and adventurous life.

“We wanted to emphasize that budgeting takes work and many of the apps that already exist don’t account for that,” said Lindsay. “So, Finance Your Detour consists of 4 video lessons where we share the foundations of budgeting, the strategies we use, the process of implementing successful budget meetings, and tutorials for using the budgeting tool correctly. There’s also some worksheets to help guide your learning. But, more importantly, we hope to build a connection with anyone who goes through the program and offer our continued encouragement and support throughout their budgeting journey.”

They hope to inspire people to take their own detour in life and follow their travel dreams. And the first step to that is financial freedom.

“If you aren’t budgeting already, you need to start right away,” said Lindsay. “You may be thinking you can’t afford to travel full-time, but you actually could if you knew where you were wasting money or ways you could be freeing up money to put towards debt or savings. It’s up to YOU to tell your money where to go and if you want it to go towards your dreams, make it happen! It’s not always about needing to make more money, it’s about doing more with the money you make.”

You can follow Dan and Lindsay’s journey on their blog, FollowYourDetour.com

And check out their budgeting planner at: Finance Your Detour.