Home » My Life » I have no refrigerator on my liveaboard sailboat! Why I’m glad. 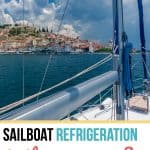 I woke up this morning on my liveaboard sailboat with a full pot of soup on the stove. Not vegetable soup, or bean soup, or a soup you wouldn’t necessarily worry that it sat out all night, but chicken soup.

Yep, last night I made chicken tortilla soup and then left it out all night in the galley. And no, this wasn’t because I forgot about it. It’s because I live on a sailboat that has no refrigeration.

“What? No refrigeration?” you might ask. But yes, it’s true.

So, this morning, I packed up the soup in a couple of containers and tried not to think about the wealth of bacteria that was probably teeming inside the pot. The only thing I thought was: “Good thing I can’t see it.”

This isn’t the first time I’ve been okay with unrefrigerated food. 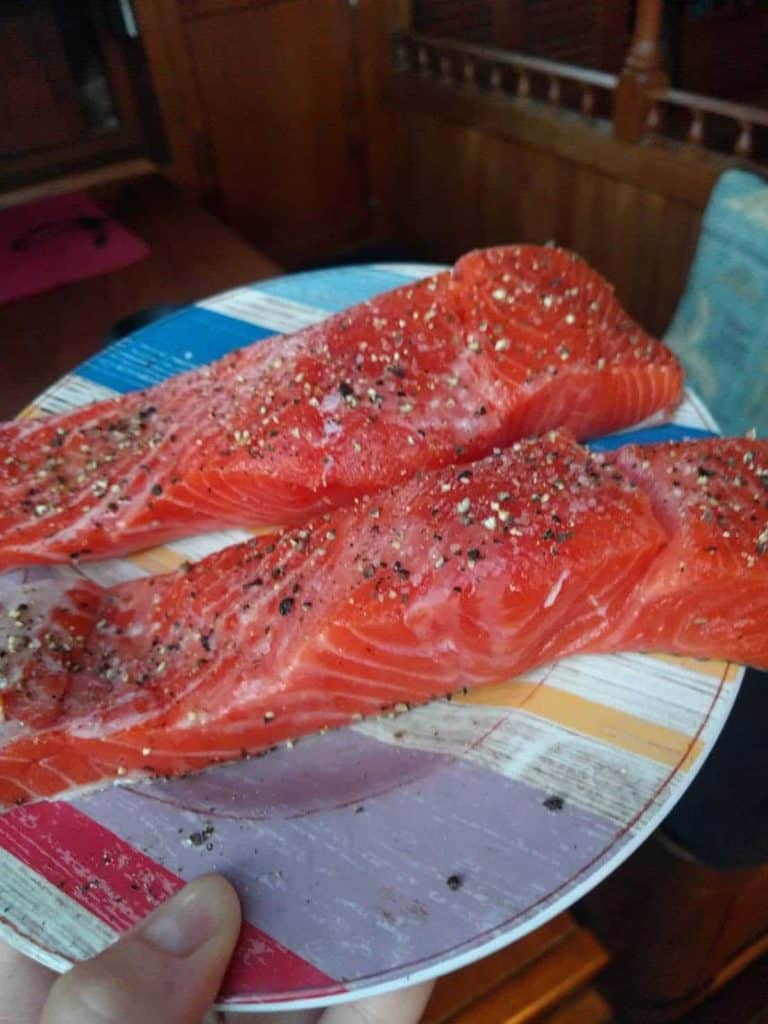 Fresh salmon from a neighbor 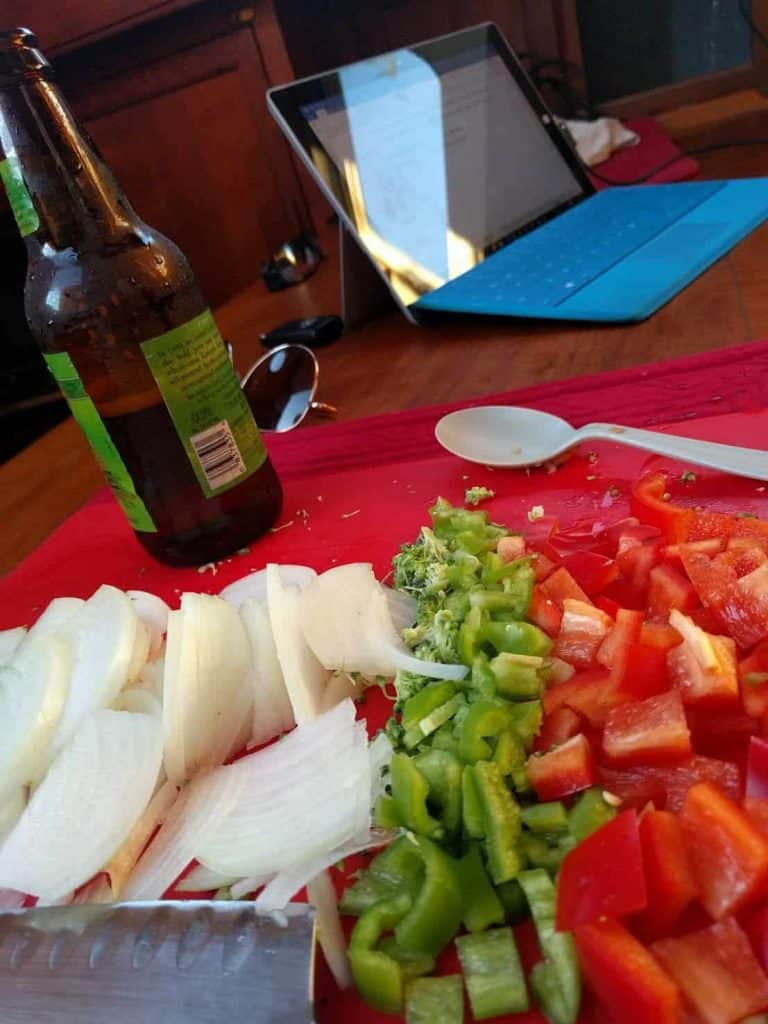 Chopping up veggies for dinner

I’ve been on a liveaboard sailboat undergoing a complete restoration for 18 months now, and I can’t tell you the number of times we’ve set containers of food under the floorboards on the water tank. Or put it out on the deck to keep cold during a chilly night.

Or, when we’re feeling extra fancy, we put it in a cooler with real ice.

On my liveaboard sailboat, the place where the refrigeration system used to be is just an empty hole aft of the galley, behind that square shaped door in the photo below with the fancy handle. My boyfriend had to scrape out decades worth of wood rot, so now we use a cooler, or sometimes not. 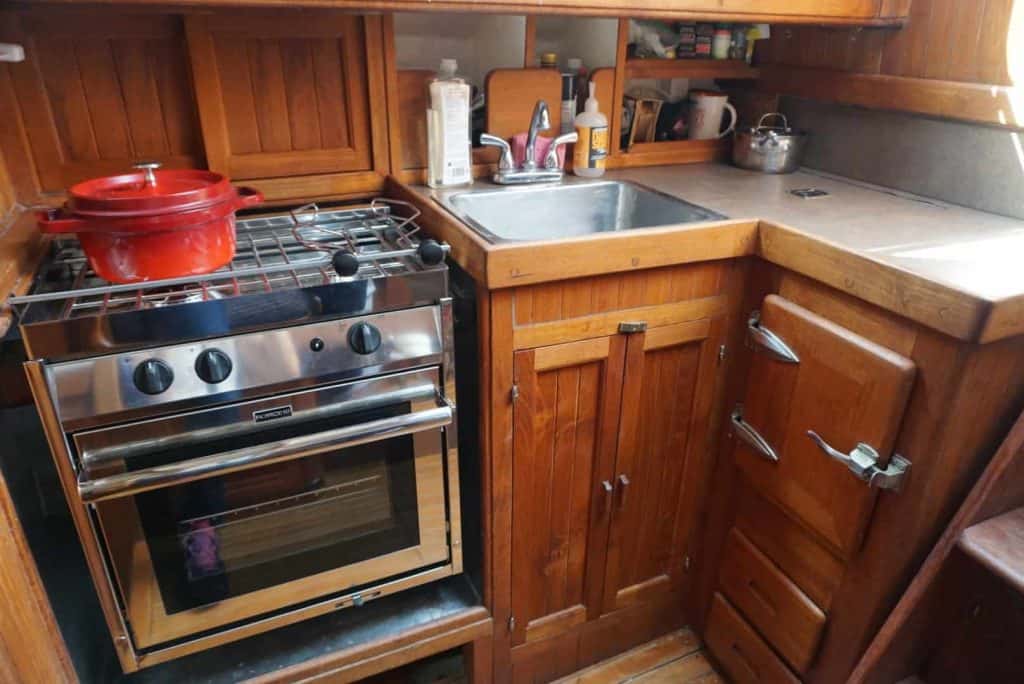 Now, when I do have access to a fridge at someone’s home, I think it’s amazing. How long food lasts! I can store more food! But maybe this doesn’t end up being all that great after all, since when you have a fridge, so often food goes to waste.

In fact, Americans throw away more than a third of the food they buy every single year, which is a serious problem for the environment.

[You might also like: How to ditch your corporate job and make money while sailing the world]

Many people have an ingrained fear that they’ll get sick if they eat expired food, but that’s usually not the case.

“Most food-borne illness is caused by contamination along the supply line or improper food handling, not from expired food,” reported a USA Today article. For example, milk might smell bad when it’s expired, but since its pasteurized, its unlikely to make you sick.

One good thing about not having refrigeration on a liveaboard sailboat is that nothing I buy goes to waste. 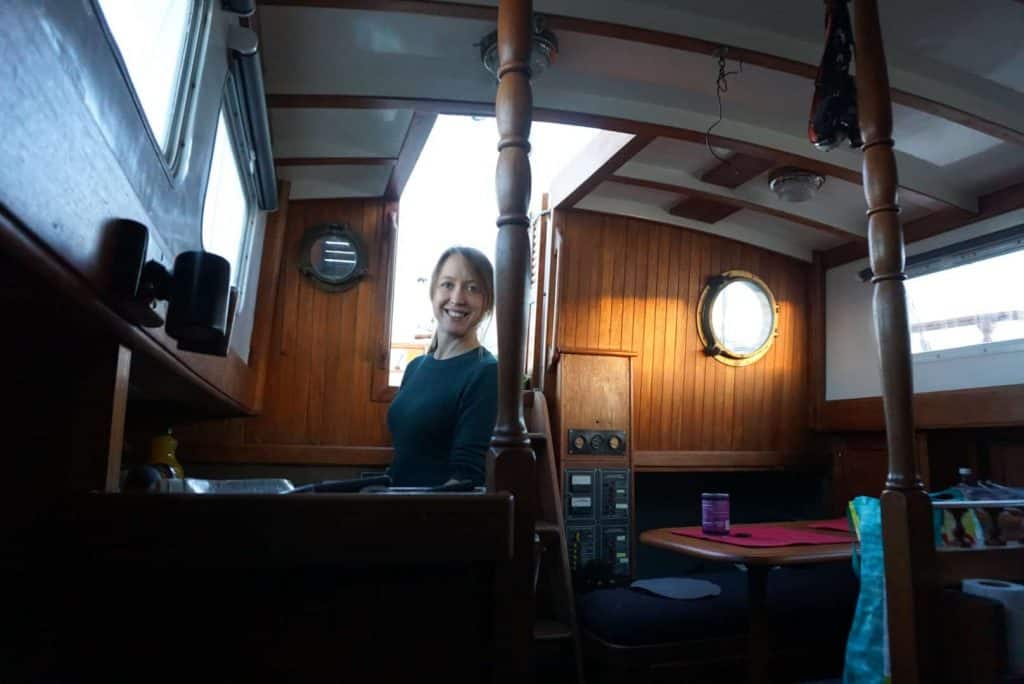 Cooking in the galley with the fresh air streaming through the companionway.

I grocery shop every single afternoon, and only buy what I need to cook for that night’s dinner and to bring to the office the next day.  Yes, this results in a lot of trips to the grocery store, but I also have hardly any food just sitting around. I do have some canned food and bulk foods stored in mason jars in the sailboat’s cupboards, but nothing that will go bad.

At one point in my life, I didn’t think there was any way I could live without refrigeration, let alone cruise around the world without it. But now, I think I could get by. I’d stock the shelves with good canned food, and carry bulk products like rice and beans. We’d have an ice chest that could carry meat for a week, and then, we’d fish for fresh protein.

Eventually, I think Tom will install refrigeration, but I’m going to tell him, “no rush.” Because really, I’ve been living without refrigeration for over a year-and-a-half, and I’m doing fine.

I’ve also been without a toilet on my liveaboard sailboat 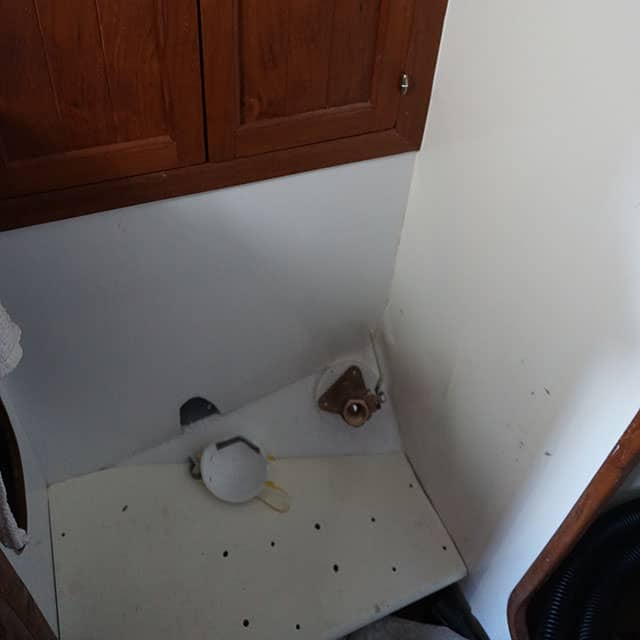 This is the sad hole where the toilet goes.

One of the biggest challenges of living on a sailboat has been living without a toilet. There was just a big gaping hole in the head where the cute little toilet should be.

I hate to admit it, but sometimes, we had to use a bucket when we really had “to go.” Otherwise, we would just frequent the marina bathroom or make a run for the gym, or the nearest Starbucks, or Whole Foods.

Most people refused to visit when I didn’t have a toilet, and I don’t blame them.

The good thing about living without a toilet is that when a toilet replaces the hole in the ground, you become really, really, really excited. You don’t think there’s anything more beautiful than a toilet, and you thank whoever invented it, who was named Thomas Crapper, no joke.

When we also had no running water 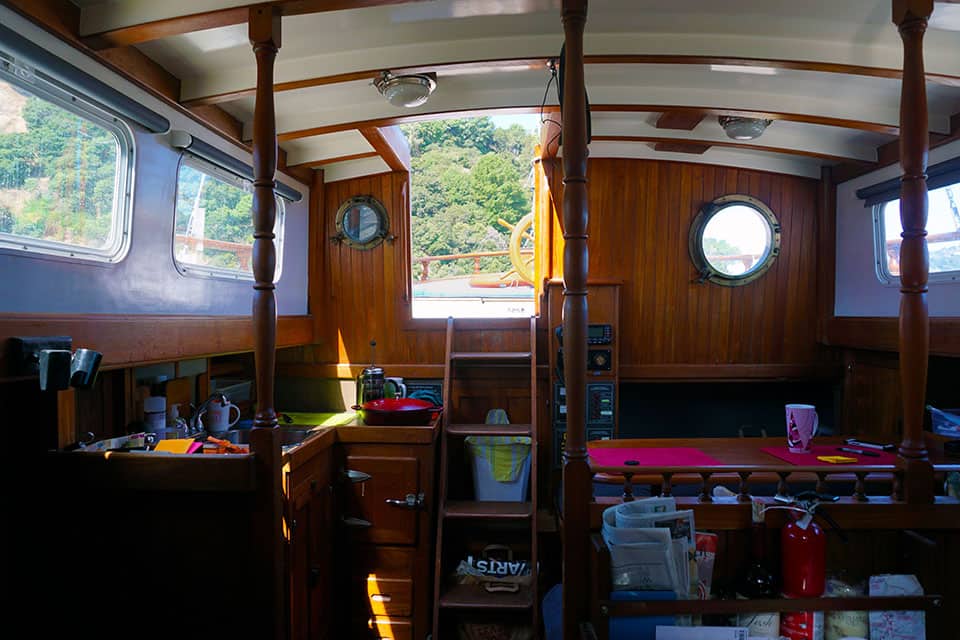 Beautiful looking out toward Angel Island.

When we first started living on the sailboat, we had no running water. The piping was too old to trust, so one day, Tom and I did a project together.

And I learned how annoying it is to build a water system that runs beneath floorboards and through holes and slots and connects with other hoses all behind the walls of the sailboat. I also learned I am not good at physical labor.

But, we did it together, and days later, we had fresh water streaming through the boat. I think I did a happy dance when I first saw water from the faucets.

Real water!! I felt like I had emerged from the caveman days. Life was good. 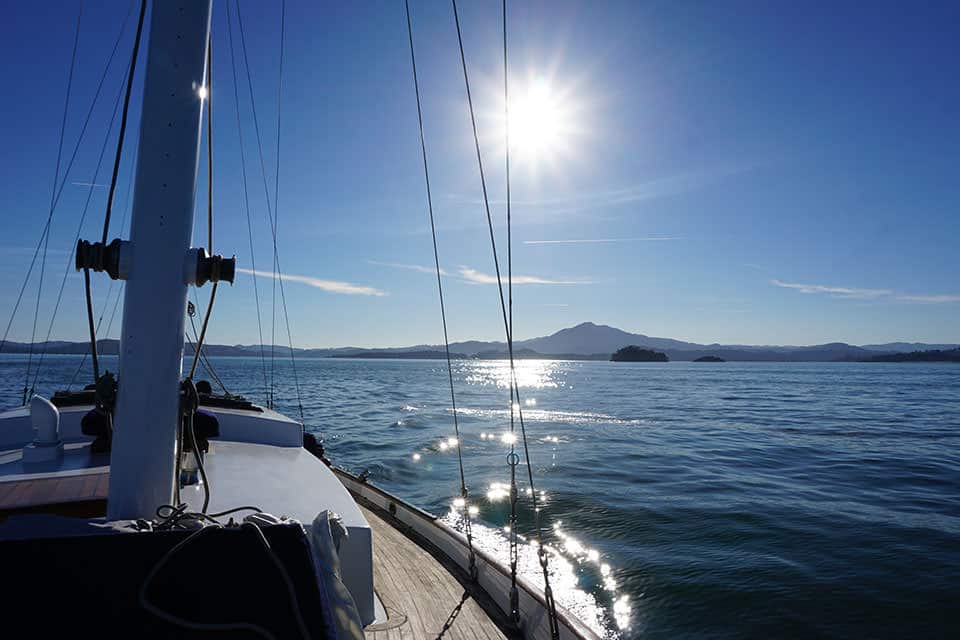 One thing I’ve learned about being on a liveaboard boat is that things change.

One day we had no toilet, now we do.

One day we had no running water, now it’s sometimes hot.

Today we don’t have a refrigerator, but someday we will.

And once that shiny new refrigerator goes in, I won’t forget the days I spent eating food that might be unsafe, or stopping at the fish supply store for yet another bag of ice, or figuring out the coldest place in the bilge to store my food.

I’ve become so grateful for the small things in life, things I will never take for granted again.