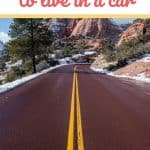 This summer, book editor Jim Thomsen made a drastic decision.

He moved out of his apartment on Bainbridge Island near Seattle with nothing but a car full of stuff and plans to hit the road as a minimalist. Maybe for good.

“The cost of living on Bainbridge Island is going way up as the inventory of rental housing goes way down,” the former newspaperman told me over the phone. “A general recovery in the economy is triggering a rise in real estate prices across the board.”

And it’s true. According to the Seattle Times, the city has some of the fastest growing rents in the country, growing 7.4% in the past year.

So, Jim Thomsen gave up his apartment, and will leave Washington State late summer to go East. To housesit. To stay with friends. To explore. To live a life he never dreamed he’d have 10 years ago.

“I look forward to living on my wits and sometimes being afraid. The fear keeps me sharp and alive. There’s not a lot of comfort attached to this, but it appeals to me,” he said.

The event that changed his life

Ten years ago, Jim was working as an editor at the Kitsap Sun newspaper in nearby Bremerton. He lived in a house (full of stuff), and trusted in the system. “Ten years ago I still believed in newspapers, I believed in establishment, the system, the hierarchy and my place in it,” he said.

But then, everything changed. One day, when Jim came home from a trip, he found his home burglarized. He walked around in shock, looking left and right at everything that was missing. But once the shock wore off, Jim realized he liked the absence of stuff and that getting rid of stuff feels good.

“I felt this weird sense of relief to be freed of the burden of my stuff,” he said. “It’s tremendously freeing. Material lightness leads to lightness of heart. Now, everything I own can fit in my car.”

Then, he was laid-off from his job at the Kitsap Sun. He started a book editing business and figured out how to stay financially afloat. 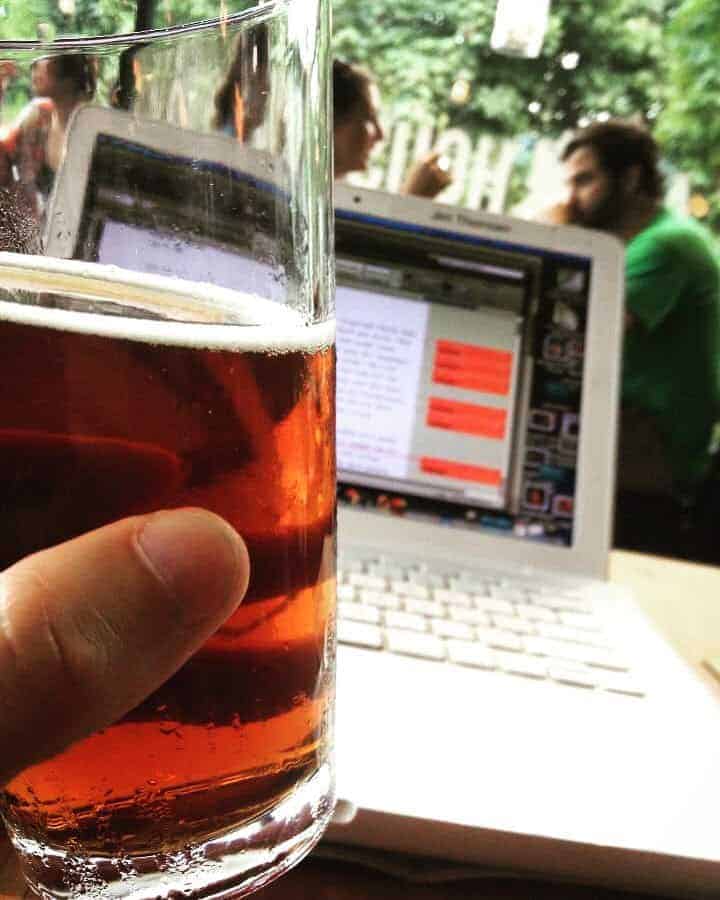 “I think of when I got laid-off as the best day of my life,” he said. “It forced me to sharpen my wits and find out what I was capable of. This means throwing myself on the open road of adventure, and this is the latest extension of that journey.”

How he thinks about stuff now

Jim’s relationship to stuff has changed dramatically since the day he was burglarized. Now, everything he needs for life on the road can fit in his Hyundai sedan. He also has a few boxes in storage.

“I think stuff takes up a corner of our minds. Having stuff leads to wanting to have more stuff,” he said. “I think it eats up a certain percentage of your consciousness at any given time, and that leads to a constant sense of unfulfillment. I lost it the hard way through the shock of getting ripped off. Once you lose that, you don’t need to have things. Your brain isn’t occupied by any disturbance created by material want.”

He said he’d highly recommend that people try to get rid of stuff, even sentimental stuff.

“Everyone should have the opportunity to look at their stuff and ask if they really need all this. Do you really need 26 pairs of shoes or 4 cars or a matching set of Ikea furniture? Everything should be evaluated on its utility, even stuff you’re attached to. If you take a chance, hold your breath and get rid of something, you’ll find you won’t miss as much as you think you will.”

He said he’s gotten rid of tons, and so far, doesn’t miss a thing.

“I once heard this quote: ‘The greatest photo album I’ll ever have is the one between my ears.’ I have no regrets over the stuff I’ve gotten rid of.”

How he’ll live on the road

Over the past few years, Jim has been housesitting, and has a large network of friends who need help with their homes and pets. He’ll also use the service Trusted Housesitters, which is a trade. You take care of someone’s house or pet, and stay at their place for free.

Jim’s big trip, in late August, will be to drive across the country to Chicago, where he’ll housesit for six weeks before continuing on to a lakefront cottage of friends in north-central Florida, where he’ll pass the winter. He’ll also fly back to the Seattle area on occasion, where he has a back-up car for housesitting gigs and keeping close to friends and family members.

After that, who knows.

“The point is to be open and not lock yourself into a long-range plan,” he said. “Trust that adventure leads to adventure.”

At 52, he’s troubled by the fact that a number of friends around his age have died in the last few years of “natural causes.”

“It scares the hell out of me,” he said. “Every day has to count. There’s no point in deferring my dreams anymore. I’m putting energy into my writing dreams, into traveling, meeting new people, opening myself up to wondrous things I can’t even conceive of now. You just have to be open to it.”

Jim Thomsen spent twenty-plus years as a newspaper reporter and editor before becoming an independent book editor in 2010. Bainbridge Island, Washington is his hometown, but as of July he gave up his lease there and has been traveling as a house-sitter whose work can go where where he goes. Follow him on Facebook, as well as Twitter and Instagram (@jimthomsen), TrustedHousesitters.com, and jimthomsencreative.com.