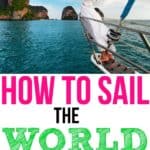 Many people wonder how much it costs to sail around the world, and one couple in Europe is managing to live and travel on their sailing catamaran on the cheap.

Elena Manighetti and Ryan Osborn try to stick to 500 British pounds per month while cruising on their catamaran, which is about $660 USD, and $8,000 per year! It’s simply amazing that the cost of cruising can be so low.


This goes to show that cruising on a catamaran is cheaper than paying rent/mortgage for a house or an apartment, and allows you to travel and see the world in your own tiny floating home. I don’t know what could be better.

How Elena and Ryan ended up on a sailing catamaran 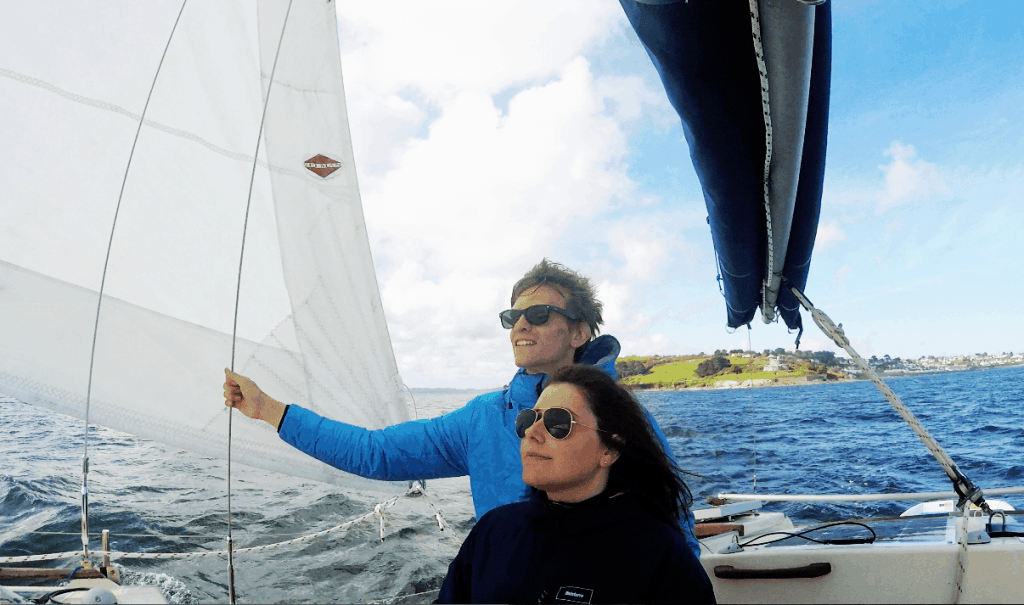 Elena and Ryan are sailing onboard their 26′ Heavenly Twins Catamaran, which they bought for under $12,000 in August of 2016. According to their website, Sailing Kittawake, they chose the boat because she is a strong and sturdy sea boat.

The two met in England and decided to move onto their sailing catamaran as they approached 30 years of age.

“We thought there was more to life than working into our old age to pay for a house and cars,” Elena said.”We wanted a life of adventure and travel where we could work less and spend more time doing the things we love to do. Ryan is from south-east England and I’m from northern Italy, near the mountains.”

Their plan so far is to sail their catamaran from the United Kingdom to Malta, filling their days with snorkeling, hiking, rock climbing, free diving, camping and scuba diving.

The cost of cruising on their catamaran sailboat 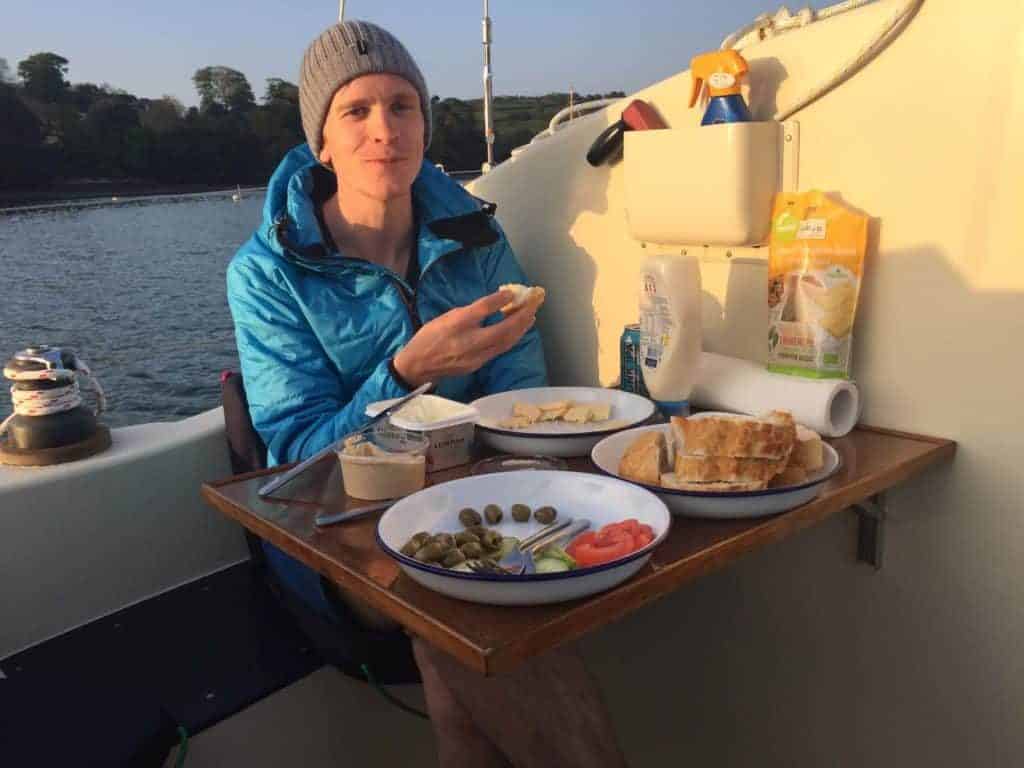 They keep costs down on their catamaran boat in a number of different ways, which they talk about in a post called, “9 tips to sail the world on a budget.”

Here are some of the tips they share on how to live on a catamaran on a budget:

Elena said there aren’t really many disadvantages of cruising on their catamaran a budget, except for one: “We can’t spend money on attractions or renting cars, which sometimes prevents us from exploring on land.”

But the best is this: “Our sailing catamaran is always anchored in stunning places.”

How they afford their life on their sailing catamaran 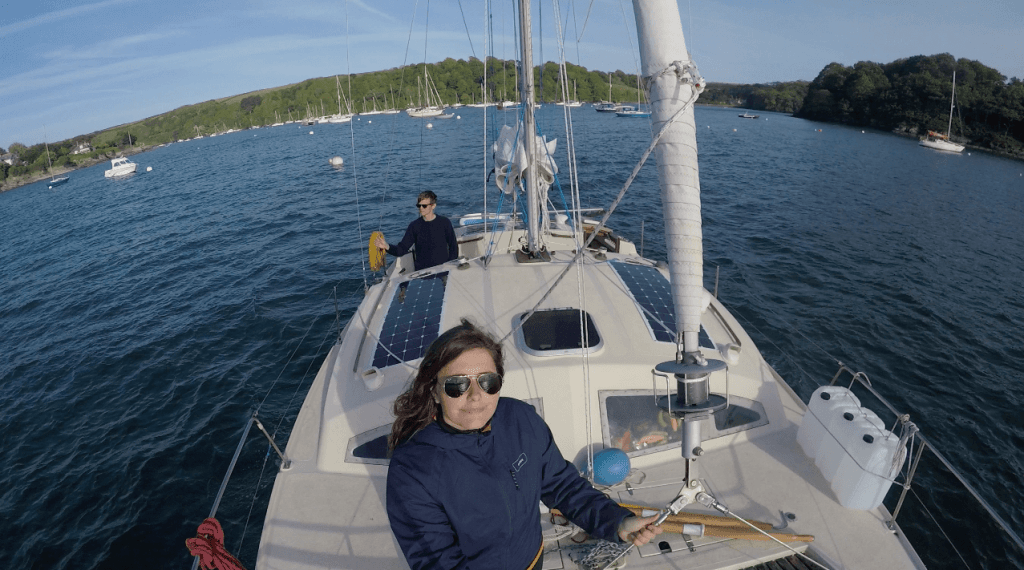 Both Ryan and Elena work on the go while living on their catamaran sailboat. Ryan is concentrating on the journey and videos for their website, while Elena is doing online marketing work. She said she’s busier than she’d like to be, and Ryan plans on finding some design and boat work in the future to help supplement their income.

She said its really important to know sailing on a budget is possible.

“Sailing on a budget opens up the possibility of setting off into a more adventurous way of life when you’re still young enough to make the most of it,” she said. “Many people plan to wait until they’re older and better off, but life gets in the way of their dreams. Sailing on a budget also makes this way of life possible for people who are retiring early or retiring on a smaller income.”

She said the best advice she heard is summarized by the famous sailing couple, the Pardeys: “Go small, go simple, go now.”

The cost of cruising is millennials’ biggest hurdle 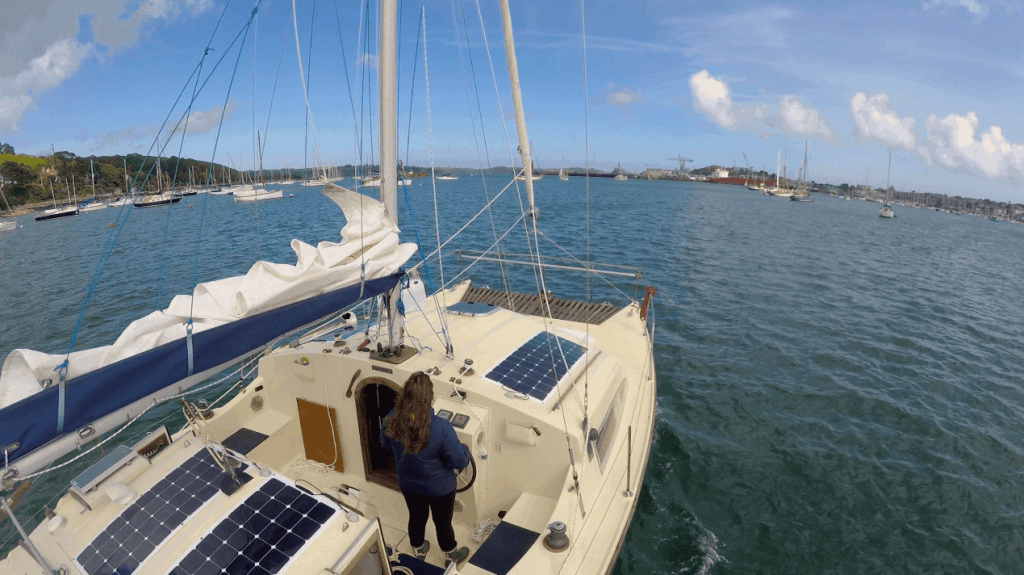 Elena and Ryan have figured out how to travel on their catamaran sailboat on the cheap, something many millennials don’t even know is possible.

According to a study by Boat US, sailboat ownership among young people is way down, and one reason is that they are afraid of the cost. A lot of time, it’s assumed that cruising is something only retirees and the super rich can do, with visions of fancy sailboats or gigantic yachts.

But the good news is this: Cruising is accessible to anyone.

Elena said there are so many things that make her life on her sailing catamaran worth it.

“We love warm evenings at anchor with a beautiful sunset, we love the moment the sails fill and you turn the engine off to be silently pulled along the calm ocean, we love dark star-filled nights with bioluminescent dolphins shooting around Kittiwake’s bows like torpedos, we love being free to explore the world around us at our own pace. Most of our favorite places are islands, as they always have a special feeling to them.” 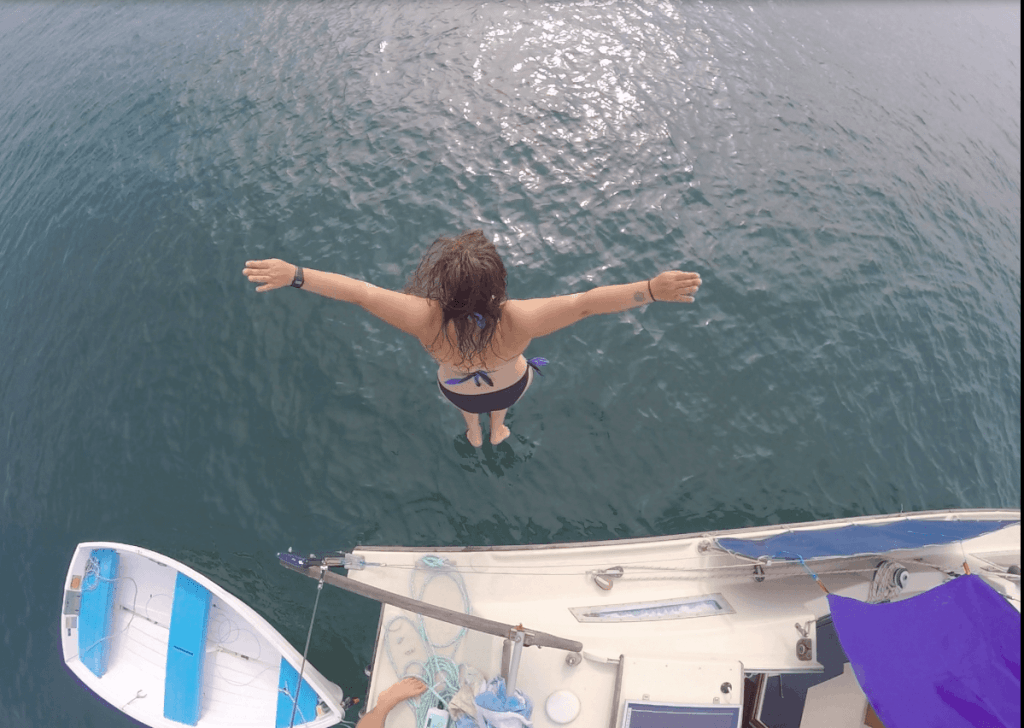