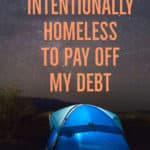 How I decided to go “intentionally homeless”

We were hiking on Mt. Tamalpais, just north of San Francisco one day in 2015, when my boyfriend Tom first suggested going intentionally homeless.

“What if we lived up here for a year?” he said, motioning to the trees around us.

Up where? I thought. There were no houses here, no apartments. Just woods and trails a couple of campgrounds tourists used in the summer. 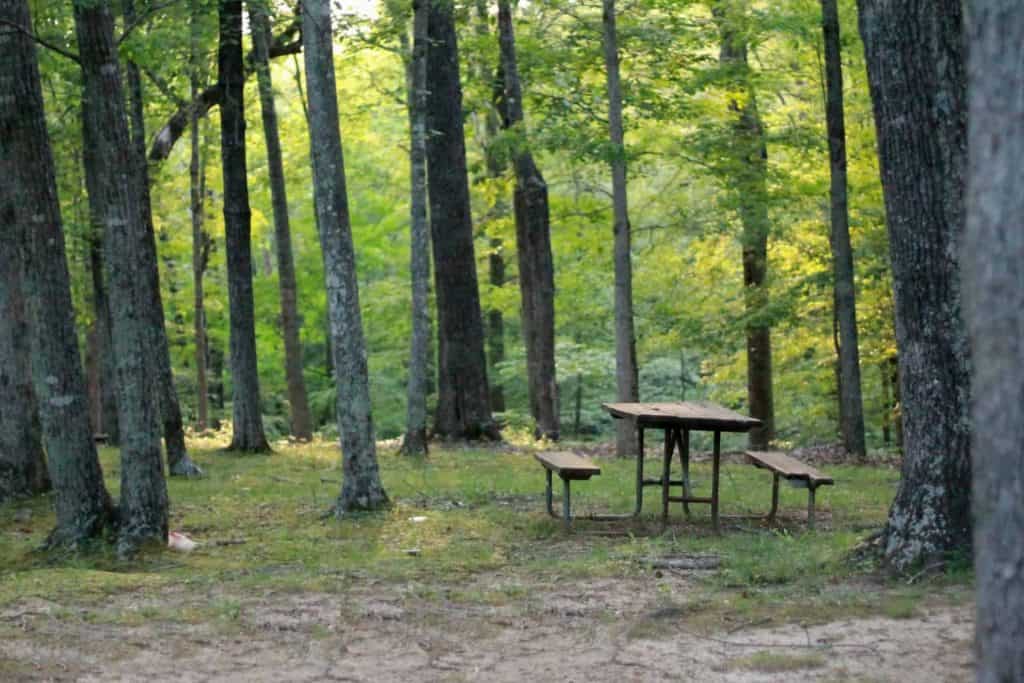 “Up here,” Tom said, motioning to the woods and whatever lie beyond. “We could camp for a year. Imagine how much money you’d save.” He did some quick calculations in his head. “If you didn’t pay that high rent, you’d save $21,500 in a year.”

It was amazing to think I paid over $21k in a year just in rent alone. No wonder I couldn’t manage to pay off my debt, a measly $3,500, but hard to pay off when also paying high rent to live in a tiny studio apartment.

I didn’t take to Tom’s idea right away. I mulled it over for weeks, but eventually decided to move out, giving my landlady 30-days notice.

I gave away most of my stuff and put the rest in storage. It was one of the scariest things I’ve ever done.

How we lived in a car and a tent

We spent a lot of time at first at a couple campgrounds in Marin County. It was fun; we played music and drank beer and sat by the fire under the stars. I’d always loved camping, so it felt like an adventure. We had good weather. The woods were beautiful. I felt connected to nature, the owls, the wind in the trees.

when we discovered we could only camp legally for 30-days at Mt. Tamalpais State Park, we started sleeping in Tom’s Toyota Prius.

We laid down the seats, put down a futon, tinted the windows and we set. We parked in marinas and rest stops and in parking lots.

We showered at the Bay Club in San Francisco. In the evenings, we entertained ourselves by playing music in our storage unit, which we’d set up as a jam space.

On weekends, we’d backpack and hike in Lassen and Yosemite National Parks. With no laundry or cooking or cleaning, we had tons of free time on our hands. 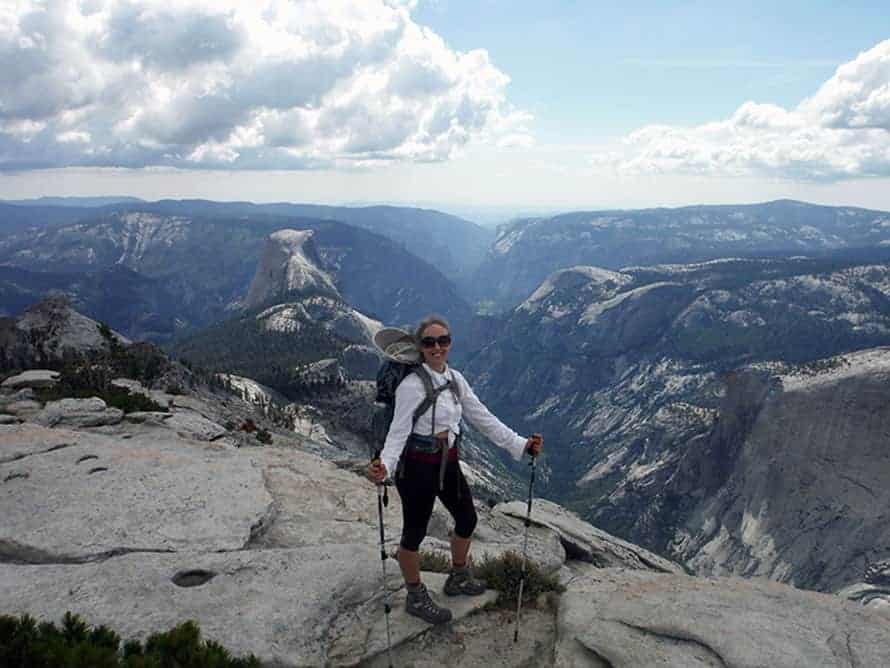 How long it took

Luckily, with my low amount of debt, I was able to pay it off quickly. I lived intentionally homeless only four months, and my debt was gone. I also had a sizable emergency fund. It was the first time in my life I felt completely financially free.

A few months later, I lost my job as a news reporter at KGO Radio in San Francisco, which I’d happily held for over 5 years. At that moment, I was so glad I’d taken the time to live a little bit uncomfortably for awhile to build up my emergency savings.

After the lay-off, I moved onto Tom’s sailboat, which he’s been busy renovating for the past two years.

There are things I love about the sailboat, and also things that are difficult, but overall, it’s a beautiful and rewarding experience. 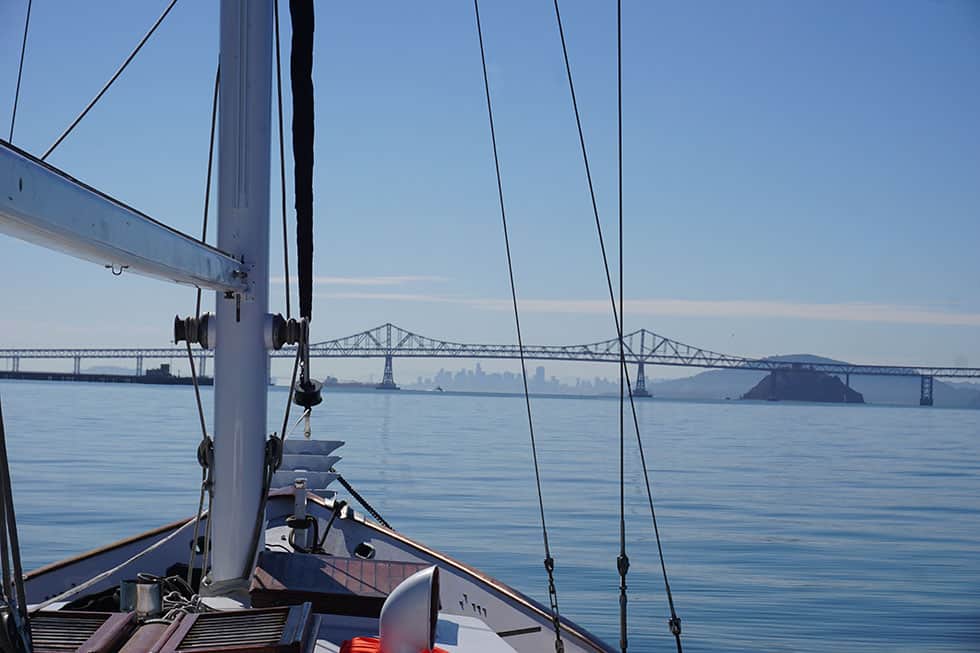 Sailing in the San Francisco Bay 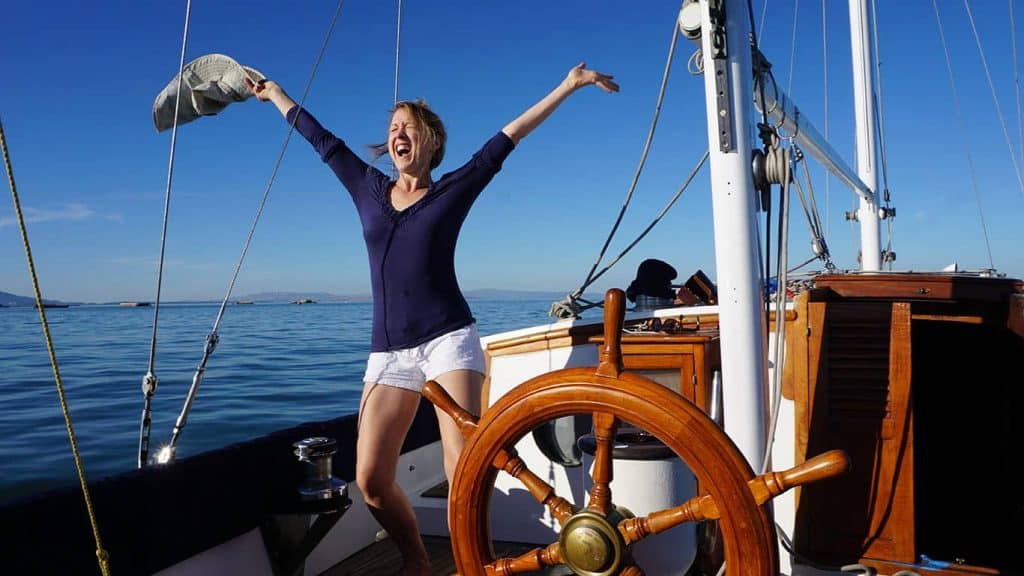 It’s now a whopping $3,600 to rent a one-bedroom apartment in San Francisco, and I know rents are going up in other parts of the country as well. People are struggling with debt, especially from student loans. It seems many are going through financial hardships and are rethinking and redefining home to deal with it.

I’m glad I lived intentionally homeless in the car and the tent to finally debt with my debt, which had lingered for over 10 years. I hope others are inspired to make a change, either simple or drastic, to become financially free.