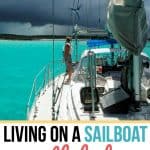 In the early-2000s, Behan and her husband Jamie were living the typical American dream. Both worked full-time, they owned a nice home on Bainbridge Island, Washington, a suburb of Seattle, and were raising their two young children. The two had always shared a love of sailing, and thought “someday”, they’d go bluewater sailing around the world.

“It was something we were going to do eventually,” Behan said. “Then we had one of those years that put a fine point on what are you doing with your life? Our second child was born, Jamie’s mother passed away, and it made us think about our priorities and what we were doing, and that dream about a boat ‘someday’ was something we needed to do sooner, and why not go bluewater sailing with our kids?” 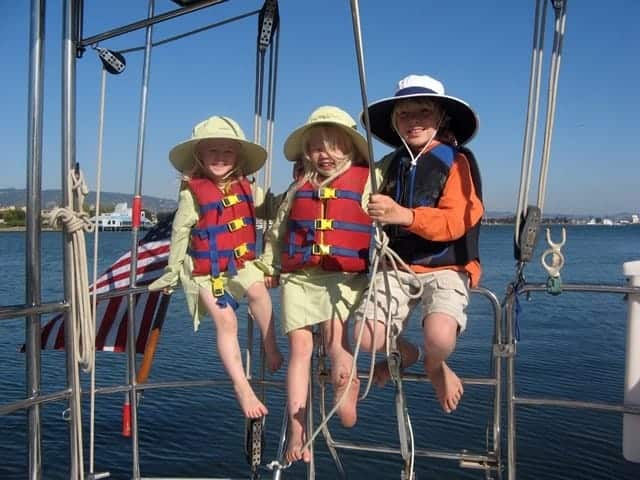 Photo: www.sailingtotem.com. The family when they just started cruising

So, the couple put in a 5-year plan to leave life as they know it and go bluewater sailing with their kids. They sold most of their belongings, bought a 47′ boat they named Totem and had a third child. In 2008, they sailed away, when their kids were 4, 6 and 9.

How they adjusted to their new life bluewater sailing

Behan said adjusting to life on a bluewater sailboat was different for everyone. The kids seemed to adjust overnight.

“At their age, they just wanted to be hanging out with mom and dad, and the more time you had with family the better,” she said. “We went from having a dual-career, shuttling kids to school and daycare to 24/7 togetherness. It was great as far as the kids were concerned.” 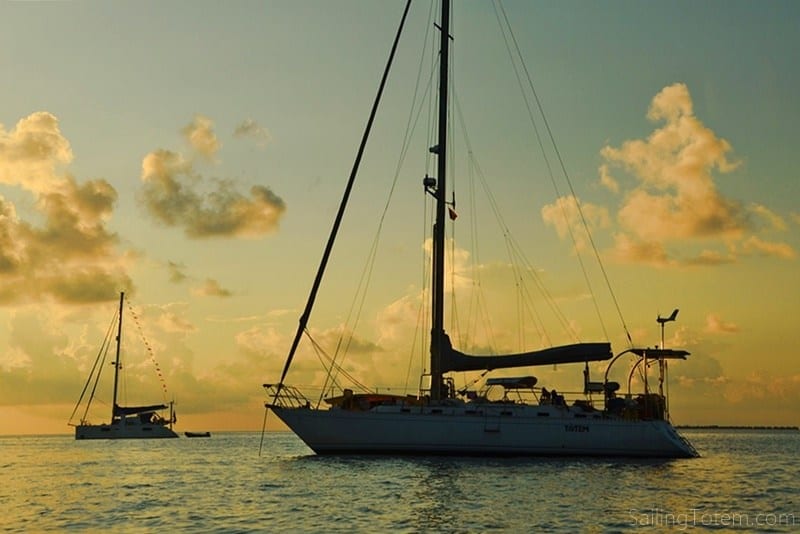 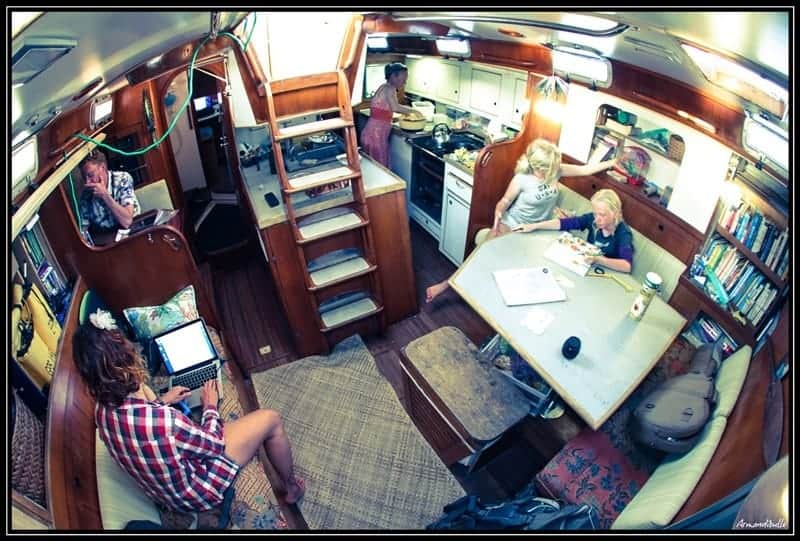 Behan said for her and her husband, it was a little tricker. She was used to her busy job where she commuted three hours per day, so it took her longer to step into a slower-paced life. Her husband Jamie had an easier time of it. He owned his own business with had more control over his day-to-day life.

The family spent their first year sailing near in the Pacific Northwest and Canada, then along the West Coast to Mexico. Eventually, they really got out into bluewater yachting and did a 3,000-mile ocean crossing to the South Pacific.

How they make money to stay afloat while bluewater sailing

When Behan and Jamie first got the idea to go bluewater yachting full-time, they imagined being out on the water for 2 to 5 years.  They started out living off their savings, but when they decided to stay out longer than five years, they had to really figure out a way to bring home more bacon.

“When we got to Tahiti in 2010, we had six months worth of funds left,” Behan said. “So we sat down with a chart and figured out where we could go to get the opportunity to work as a U.S. citizen. I did some interviews in Australia and it seemed a good fit and they made a tentative offer, so we sailed to Australia on a tentative offer with $100 in our bank account.” 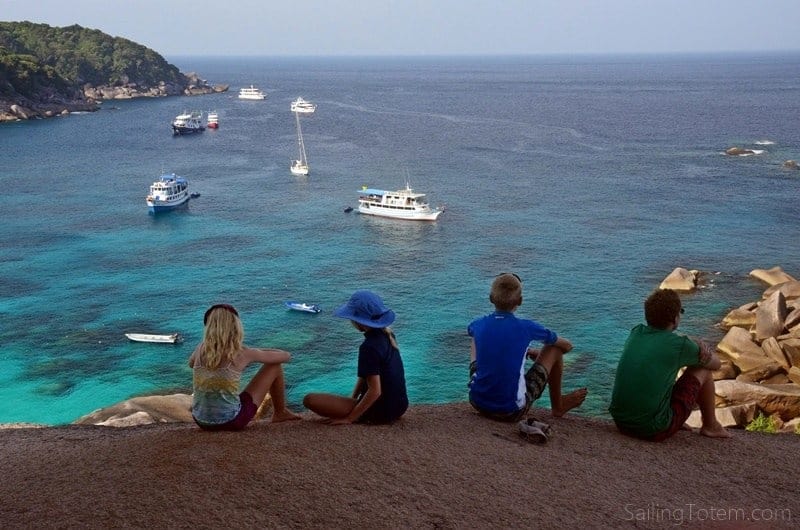 Luckily, the job came through, and the family spent 1.5 years funding their bluewater yachting trip. The kids went to a normal school, and the entire experience reinforced how much they loved cruising. So, they took off once again to sail the ocean blue. 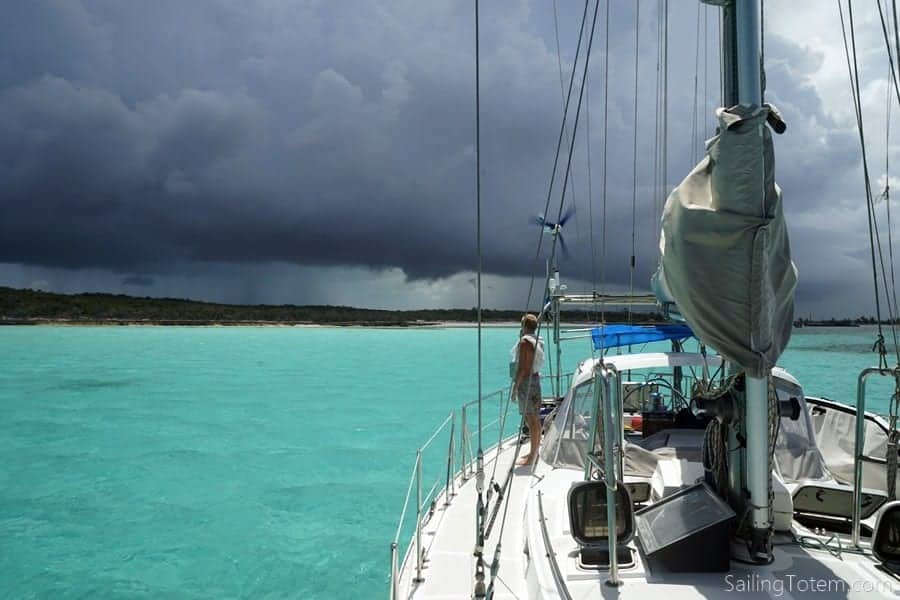 Now, the two fund their journey with Jamie’s sail-making business, and coaching people on their website Sailing Totem on how to pursue a cruising lifestyle.

How they educate their kids while living on a bluewater sailboat

Behan and Jamie have been home-schooling their kids for most of their journey, which started its 10th year in May, 2017. Behan said she thinks her kids have learned the most just by experiencing the world.

“They’ve gotten a perspective on how fragile the earth is and the damage they’ve seen from over-fished reefs. They’ve seen social justice and disenfranchised people forgotten by a corrupt government. They’ve learned about the natural world and marine biology. When our son was 9,10 years old and we were in the South Pacific he learned the Latin names of the marine species we’d encounter,” Behan said. 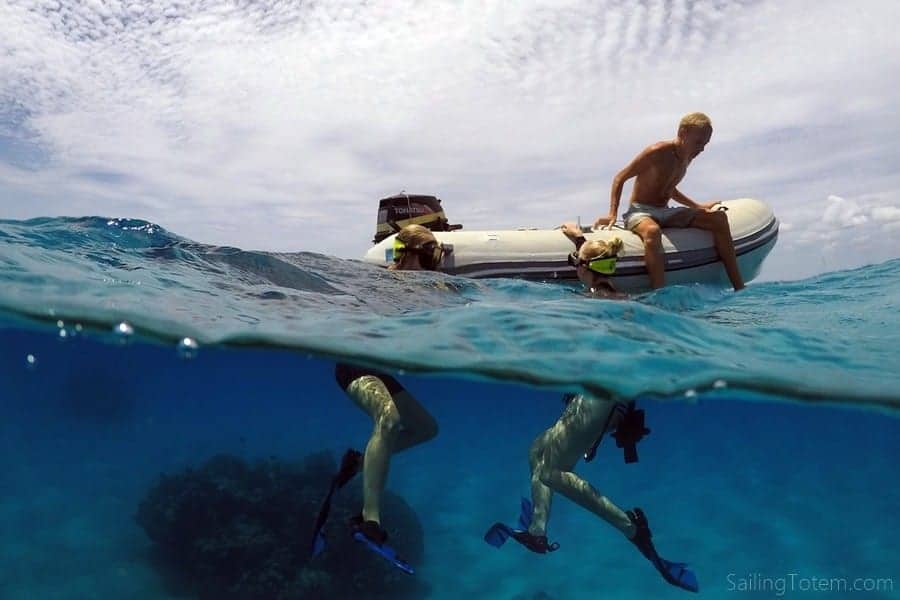 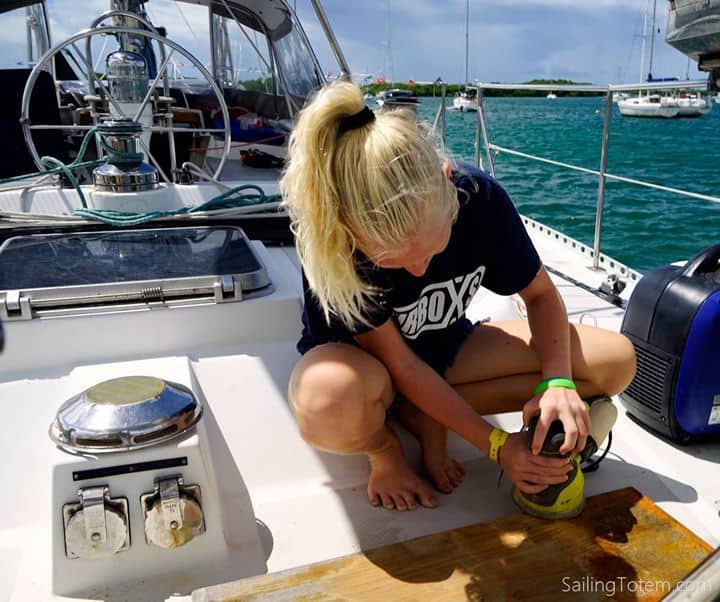 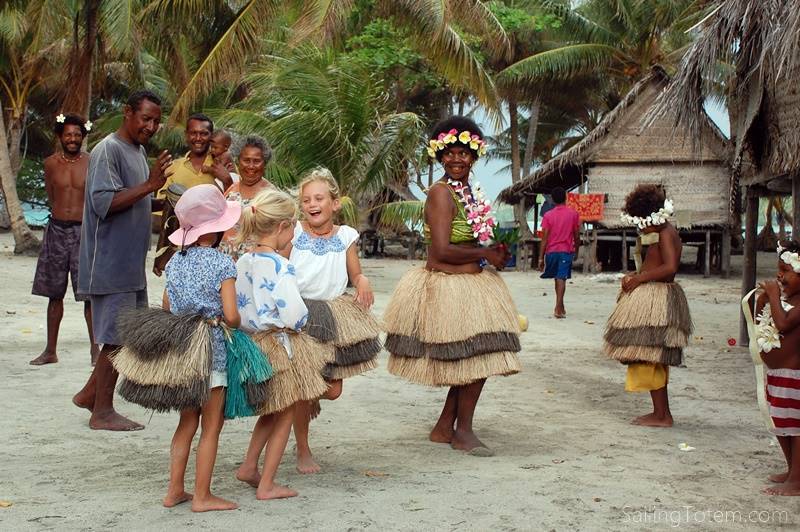 The takeaway from bluewater yachting with kids

Behan and her family don’t one bit regret their choice to sail full-time around the world. They’ve been as far away as Africa and Thailand, and have enjoyed spending so much time together as a family.

“When I look back at the amount of time we didn’t spend together [on Bainbridge Island] and what we traded that for is so rewarding,” she said. “We gave up a great deal of financial security and we gave up what we considered the American dream a We had great income, a beautiful house. Life should have been perfect, and yet it was too busy. Trading that to be together and be broke is one fine trade-off to me.” 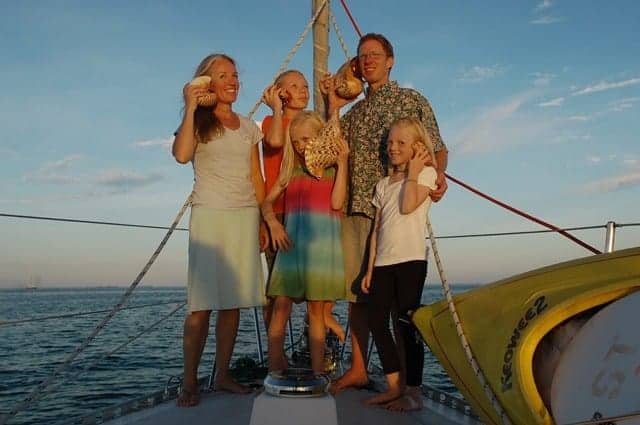 She wants people to know that anyone can do it. That most things people are afraid of are irrational. They’ve been blasted with ideas about how dangerous the outside world is, and she doesn’t think it’s that way at all.

“I think the cruising lifestyle is within reach of anyone who wants to go for it,” she said. “Life out here is so rewarding.”

You can follow Behan’s journey through her blog, SailingTotem.com.