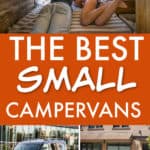 Small camper vans are a great way to live the van life without paying an arm and a leg for your rig. Plus, these campervans are a lot stealthier than a high-top van like a Mercedes Sprinter or a Ford Transit.You can park on any city street stealth camping style, and nobody will ever know you’re inside such a small camper van!

Plus, mini camper vans get better gas mileage and are easier to maneuver and park. They can fit into most standard garages if you’re more a weekend warrior van lifer.

Most of these small camper vans for sale come in two different styles – a cargo van or a passenger van. Which one you choose depends on what type of campervan build you want.

Most people go with the cargo van as it’s easier to build out. You don’t have to rip out seats and carpeting before starting your DIY campervan build.

The nice thing about a passenger van is it has tons of windows.

This option is great if you’re not sleeping in cities and trying to be stealthy. I personally love having a Chevy Astro passenger van with windows all around. All of my windows have curtains, so the van is private when I need it to be.

You’ll have to think hard about what type of small campervan build you want before you decide on a cargo or passenger van.

Pros and cons of buying a mini camper van

It’s good to weigh the pros and cons of a small camper van for sale before you buy. Ask yourself if you’re okay with not standing up. With these mini camper vans, you’ll most likely need to cook outside the van.

Are you convinced you want a small camper van? Some people wonder why I stick with the Chevy Astro, which is basically a glorified minivan.

But I love how its easy to park and is super stealthy. Plus, I don’t have to buy as much stuff to build it out.

There are a couple options if you want a small camper van for sale. You can either buy a custom build or do a DIY van.

You can get a new or used small cargo van directly from a dealership, or buy one that’s already built out on Facebook Marketplace, Craigslist, Ebay or camper van for sale groups on Facebook.

Here are our top picks for the best small camper vans for sale.

The Mercedes Metris is a new van to the North American market, being introduced in 2015. With the cargo version of this van, you can pick from a standard or long wheelbase.

This small camper van for sale has a turbocharged 2.0-liter, 4-cylinder engine with a 7-speed transmission. The Mercedes Metris can carry more than the other vans with a maximum payload of 2,502 pounds. Compare that to the Nissan NV200, which has a payload of 1,480 pounds.

Mercedes Metris vans have a larger cargo area than the competition, which means more room for your campervan build.

The main problem with this van is that it’s the most expensive of the smaller vans, needs premium fuel, and is harder to park due to it’s longer wheelbase.

Read more about the Mercedes Metris. 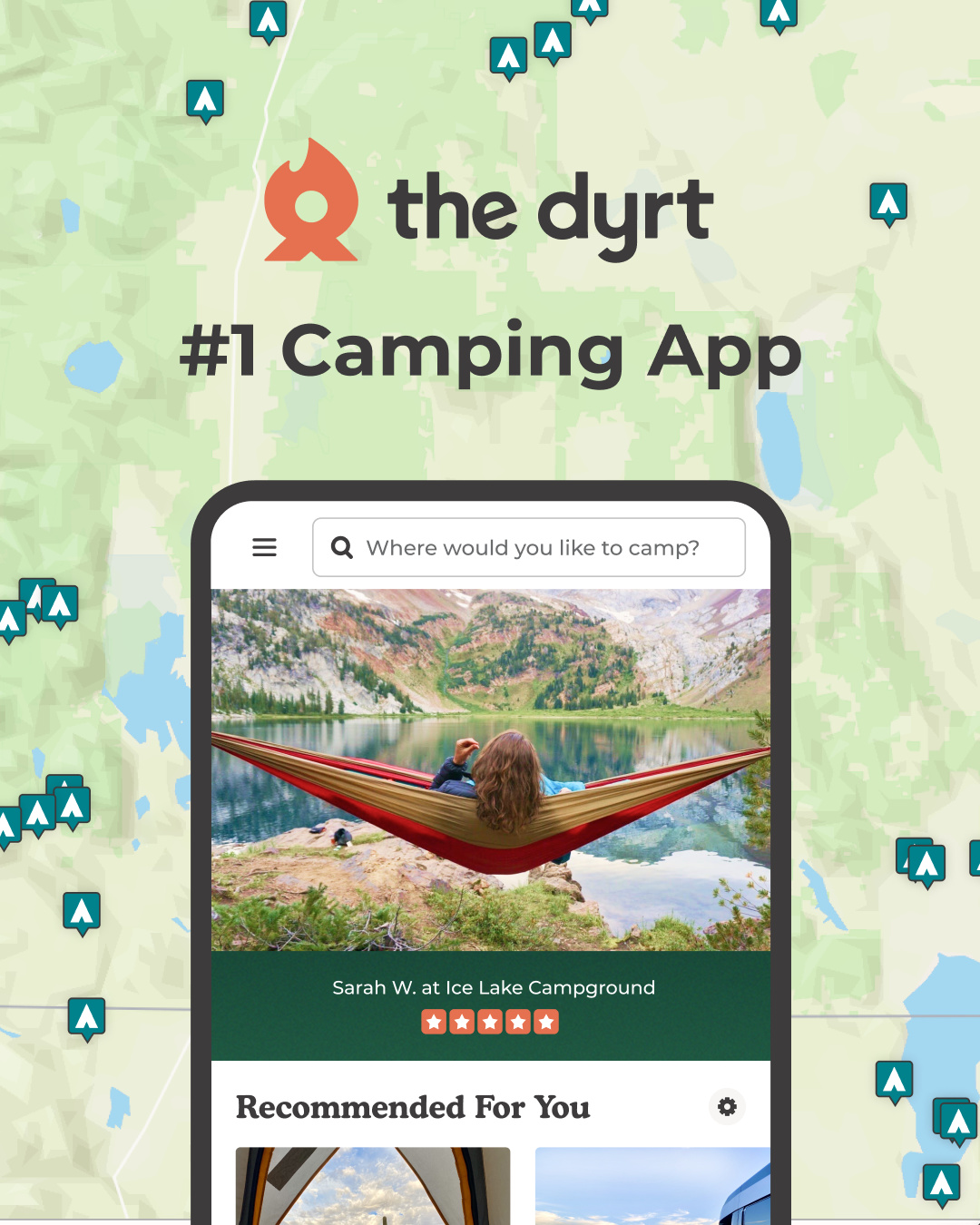 Try the Dyrt Pro for Free!

Grab a 30-Day Free Trial of The Dyrt Pro just in time for summer. Here are some perks:

We love using The Dyrt Pro to find both free and paid camping!

Get Your FREE 30-Day Trial

The Ford Transit Connect is an affordable camper van that gets great gas mileage. It’s been around since 2012, which means you can find a lot of used vans for cheap, or even camper vans that are already built out.

You can get two types of engines with this small camper van, a 2.5-liter 4-cylinder van, or a turbocharged 1.6-liter Ecoboost 4-cylinder. Maximum payload on this van is 1,620 pounds.

This is a very small camper van for sale (the second smallest in this class) that doesn’t offer the same cargo space as some of its competitors.

Also, some people say this small camping van doesn’t have a lot of power but is comfortable to drive.

Click here to learn more about the Ford Transit Connect.

The Promaster City small campervan for sale was introduced in 2015, and prides itself on being efficient with a highway fuel economy of 28 miles per gallon.

This little van packs a cargo capacity of 131.7 cubic feet, and a nice-sized cargo area width of 48.4 inches between the wheel wells. This van comes in second for cargo space behind the Mercedes Metris.

The Promaster City drives with a 2.4-liter, 4-cylinder engine, and can be loaded down to 1,886 pounds. It also has a nine-speed automatic transmission.

One level up from the basic cargo van model, or the SLT, gets you a van that needs oil changes every 10,000 miles, a leather-wrapped steering wheel, cruise control and heated seats.

Click here to learn more about the Promaster City.

The Nissan NV 200 is an affordable small camper van for sale with great gas mileage, built for easy maneuvering in a city. The van does fall short in cargo space compared to the Metris, Ford Transit Connect and Promaster City.

This little van also has less power than its competitors with a 2.0-liter, four-cylinder engine.

The Nissan NV 200 small camper van only has a maximum payload of 1,480 pounds, so keep that in mind when planning out your DIY campervan build. Make this van too heavy and it won’t perform as well.

The benefit of this van is that it’s the cheapest of this group of vans.

Click here to learn more about the Nissan NV 200.

The Toyota Sienna is a popular mini camper van as its one of the only brand new vans available with All-Wheel-Drive. This is one of the best camper vans to take boondocking as you won’t have to worry so much about sand, snow and mud.

To boot, the Toyota Sienna is bigger than some of the top cargo vans we mentioned above. Check this out:

If you’re interested in a Toyota Sienna custom build, check out Oasis campervans.

I’d be remiss if I didn’t mention my beloved Chevy Astro van in this list of small camper vans for sale.

I purchased this Astro conversion van for just $6,000 on Craiglist and made a few modifications to make it completely off-grid. Two of us sleep in this extremely affordable camper van by reclining the back seats into a campervan bed, and I purchased two footstools from TJ Maxx to extend the bed.

We wanted a conversion van due to the higher fiberglass roof. Typical Astros have a low roof, and are much cheaper, like $2,000 or less.

Here’s what I added to my van to make it off-road and off-grid ready:

Conclusion on small cargo vans for a camper conversion

If you’re looking for a small van to convert into a DIY camper , there are plenty of choices on the market. Whether you choose a cargo van or a passenger van is up to you and depends on the type of campervan build you want.

Also, keep in mind that you could buy a car camping conversion kit to turn your small cargo van into a camper. Then you don’t have to do everything yourself!

All of these small camper vans have their positives and negatives, so you’ll have to read through the specs to determine what’s best for you.

Other Van stories to check out: